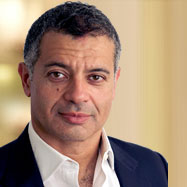 He was awarded his medical degree at the University of Cambridge in 1994. He trained as a General Surgeon in London and Oxford. Subspecialisation in Upper GI Surgery was then honed in Oxford, Birmingham and Australia, qualifying as a Consultant General Surgeon in 2007. During his training, Mr Dawas completed a fellowship in Perth, Australia where he dedicated a significant amount of time to perfecting his laparoscopic “keyhole” surgical skills.

Since his appointment, Mr Dawas has contributed significantly to building and improving the Upper Gastrointestinal Services at UCLH. It is now becoming one of the larger units in the UK. His specialist interest lies in the diagnosis and surgical treatment of cancer of the stomach and oesophagus as well as the surgical treatment of hiatus hernias and acid reflux. His surgery data is available on the national NOGCA database. He is also a specialist in the surgical management of gallstones and hernias through open and “keyhole” surgery. On the endoscopy front, Mr Dawas provides routine endoscopy as well as advanced nutrition access eg PEG.

Mr Dawas is a passionate teacher and mentor. He holds a position as aSenior Lecturer at UCL where he furthers his academic interests. He regularly teaches medical students and in his role as Royal College of Surgeons Surgery Tutor is a supervisor for surgical trainees. He has been described by his junior doctors as “an inspirational mentor”.

In his private practice, he ensures all his patients’ questions are answered. He believes in tailored patient plans and has a flexible appointment system over 2 locations in centralLondon. He strives to give his patients as much data and information to help them make an informed decision about their treatment.

If you can’t find him in the operating room you will probably find him running or cycling.

To book an appointment with Dr. Khaled Dawas, please follow the link below.

We will then contact you to confirm the appointment

Need to talk to someone?